About the DFW Institutional Investment FORUM

The DFW Institutional Investment FORUM was formed at the end of 2018 to replace the Dallas Chapter of the National Society of Pension Professionals. which began as the Dallas Chapter of the Society of Pension Professionals in 2000. The new name is more representative of our focus on promoting the exchange of information and the education of institutional investment professionals in the DFW area. We generally hold eight regular meetings each year, along with several special meetings. The regular meetings were held at the Park Cities Club in North Dallas with a speaker and networking opportunity for the price of lunch. With the COVID19 disruption, all meetings were held VIRTUALLY, but in March 2022 we began in-person meetings again. By attending you voluntarily assume all risks related to exposure to COVID19. You should be vaccinated or wear a mask to protect yourself and others. 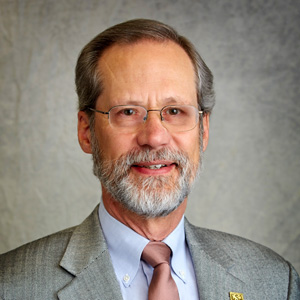 John Thompson is the President of the DFW Institutional Investment FORUM since its formation in late 2018. This replaced the Dallas Chapter of the National Society of Pension Professionals which he formed in 2000 and led since then. He has been actively promoting the institutional investment profession since he and others began the annual Summit in 1995. In 2006 he founded the National Society of Institutional Investment Professionals to take over hosting the annual Summits. He was President of the organization since its founding and in July 2012, he was named Executive Director with responsibilities that include coordinating the organization’s annual Summit. He has been involved in all 26 Annual National Pension & Institutional Investment Summits, which began in 1995. He has more than 30 years of institutional investment experience with taxable trusts, corporate and public pensions, and foundation assets.

He retired, June 2012, after 38 years with Energy Future Holdings where he was responsible for managing all the company’s external trust funds including defined benefit plans, defined contribution plans, various non-qualified plans, and nuclear decommissioning trusts totaling $4.5 billion in assets.

He now serves as Trustee and Chair of the Investment Committee for the Circle Ten Council Boy Scout Foundation, is a member of the Investment Advisory Committee of Parkland Health & Hospital System, and is on the board of directors for HighGround Advisors (formerly Baptist Foundation of Texas). He now oversees these foundations and public pension plan which now total about $4.5 billion in assets.

He was an active member of the Utility Pension Fund Study Group, the Nuclear Decommissioning Fund Study Group, and previously served on the editorial board of the Journal of Pension Plan Investing, and the Pension Policy and Legislation Committee for the Texas State Pension Review Board. He earned a BS in Business from Texas Wesleyan University in Ft. Worth, and an MBA in Finance from The University of Texas at Arlington. His master’s thesis was “An Analysis of the Financial Aspects of a Trusteed Pension Plan.”